September Is a Month that Means Mexico

September Is a Month that Means Mexico

Throughout Mexico’s 30,000 years of history (Yes, as you can hear, 30,000 years old; the first fossil remains of the first Mexicans were found in the “Cueva del Chiquihuite” in the state of Zacatecas) this nation has faced many challenges.

This region of planet Earth has experienced many challenges that have led it to develop and face many facets in which Mexico has formed its philosophy and character.

Throughout the calendar year, Mexico bears witness as various celebrations and important events take place in the day-to-day life of Mexicans.

The month of September has that extra accent in which Mexico finds its essence and special personality as a Latin America nation.

This month brings together several important celebrations in Mexico’s history.

Now, if you want to visit Mexico, my partners of jetradar.com can offer you the best airfares here; or if you’d like to get another opinion, my partners of chepoair.com have great rates here. Thank you very much for supporting me.

Likewise, this fraction of time in the calendar year is not exempt from moments in which Mexico has had to face painful moments that have tested the mettle of this great nation.

Thus, allow me to give you a recount of the important dates for Mexico in September.

This date has a special commemoration that dates back to 1847. At that time, U.S. troops had traveled hundreds of miles inland from the Mexican Republic because of the conflict that had arisen between Mexico and the United States over the state of Texas.

These differences had their origin as a consequence of the political pretensions of the then government of the United States of America to expand the southern borders through incorporating the state of Texas. This historical event became known as the “Independence of Texas”.

Because of these differences between Mexico and the United States, one of the several military events that took place in Mexican territory was the one that occurred on September 13, 1847 in Mexico City.

The U.S. military troops faced combat against the cadets of the Heroic Military College, which had its facilities in the so-called “Chapultepec Castle” in Mexico City.

This battle is known as the “Battle of Chapultepec”. The “Niños Héroes”, although to tell the truth, they were no longer children, since they were mostly teenagers who were doing their military studies, courageously defended the facilities of such a beautiful historical building.

The central point of the commemoration is the defense of both Chapultepec Castle and the Mexican flag by a group of brave military cadets, who far from shying away from the complicated situation of facing the then military troops of the United States, faced the situation with courage and decision.

Mexico is great, isn’t it? Let me suggest you rent a car to drive in Mexico.

Why? Because it’s very convenient and taking advantage of the affordable rates that my partners of Discover Cars offer you here or Economy Bookings that you can get here, driving in Mexico will be trouble-free. Thank you very much for supporting me.

On September 16, 1810, the Catholic priest Miguel Hidalgo y Costilla called the people of Dolores Hidalgo, in the current state of Guanajuato to rise in arms against the then colonial government of Spain that began in 1521.

This heroic deed took place in the early morning of September 16, 1810.

However, the then president of the republic Porfirio Diaz, established, in the last decade of the 19th century, the celebration of the so-called “Grito de Independencia” or “Grito de Dolores” on the night of September 15th.

It is for this reason that every year at 11 o’clock at night, the constitutional president of the “Estados Unidos Mexicanos”, the official name of the Mexican Republic, celebrates this celebration by jubilantly rousing the Mexican population to shout cheerfully the name of the heroes of the war of independence and also to shout ¡Viva México!

September 16th gives way in many cities of Mexico to the respective military parade that culminates the celebrations of the commemoration of this great historical deed.

After 11 long years of battles, the Mexican War of Independence ended on September 27, 1821 when the then called “Ejército Trigarante” or “Ejército de las Tres Garantías” (Army of the Three Guarantees) led by the military man Agustín de Iturbide, made his triumphal march in Mexico City.

This act put an end to the series of historical events that led to Mexico getting its freedom as a nation from the colonial government or also known as “Viceroyalty” (Virreinato) that was in charge of Spain.

This is a brief recount of the historical dates that commemorate Mexico’s notable achievements that led to give shape and meaning to what is today the great Mexican nation.

These dates are described below.

On September 7, 2017, an 8.2 magnitude earthquake occurred off the coast of the Mexican state of Chiapas, a southern state bordering Guatemala.

This telluric event registered considerable damage in said state as well as in the neighboring state of Oaxaca.

It is precisely in this type of events where the Mexican society tightens its bonds, gathers forces and becomes events in which the willpower, the strength of spirit and the Mexican spirit bring out the most beautiful of the inhabitants of the Mayan and Aztec nation.

This date has been especially difficult on two occasions in the Mexican panorama of the month of September. In 1985, as well as in 2017, two earthquakes, one of 8.1 and the other of 7.1 magnitude respectively, generated considerable damage in Mexico City and surrounding states.

Once again, the substantial force that unites the Mexican will and solidarity made an act of presence giving a Mexican lesson to the world.

It really does not matter the degree of socioeconomic development and the size of a nation for these challenges to become occasions in which human societies give a lesson of the best values that give shape and meaning to human life in the contemporary world.

Now, before I continue, what is the result of combining fantastic accommodation options at very affordable prices and awesome tours? Hostelworld and Musement.

These partners of mine offer you excellent lodging rates here and amazing tour options here, so that you can enjoy Mexico to the fullest. Thank you very much for supporting me.

Even though these dates have brought complicated moments to the Mexican nation, the month of September is mostly festive and Mexicans anxiously await the national holidays of September 15th and 16th to remind us that the great Mexican history, culture, gastronomy and nature are elements to share with all the brothers of the world.

Finally, before I conclude this article, could I ask you:

Do you like the work I perform on this website? Do you think the contents I create are of great use? If so, would you like to support me to continue assisting my fellow travelers like you?

This support will allow me to cover the costs associated with creating great quality travel content to make your trip to Mexico an incredible experience!

You can donate me any amount of cash you like by credit or debit card.

The donation process is simple and safe, since francomagnomexico.com has all the security measures required to receive your donation, and the payment processing is in charge of Stripe, which is known worldwide for its high-security standards.

Thank you very much for your kind and invaluable support!

So if you are in Mexico my Magno faithful friends, don’t hesitate to join the great Mexican party and don’t forget to shout:

Don’t forget to follow me on the Magno social media

and of course here at francomagnomexico.com

New Year’s Eve in Mexico Side A and B 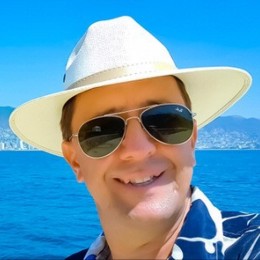 Get Your Guide: Tours, Attractions and Activities!

Hot Off the Press

Get Your Guide: Tours, Attractions and Activities!

Hot Off the Press

error: As We Say in Mexico, Nel Pastel! Protected Content